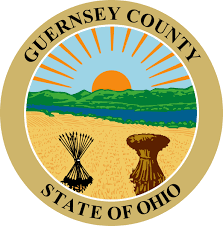 CAMBRIDGE, Ohio — The Guernsey County Commissioners met Tuesday for its annual reorganizational meeting to appoint and reappoint multiple employees to positions in 2023.

Dave Wilson will continue as Commission President while Jack Marlin was named Vice-President, a position previously held by Commissioner Skip Gardner, completing the three-member board.

Michelle Long remains as the Commissioners’ Clerk and Ann Lanzer the Deputy Clerk.

Among other appointments, Prosecutor Lindsey Angler, Auditor Tony Brown, Treasurer Jim Caldwell and Auditor Elect Corey Johnson were all appointed to the Budget Commission for 2023, while Treasurer Caldwell was authorized to handle all county fund investments for the new year.

The Commissioners also approved a number of routine, beginning-of-the-year resolutions, including one committing the Marriage License and Annulment fees from the county’s Domestic Violence Fund to the Haven of Hope, Inc.  The resolution applies to the fees collected during the second half of 2022.