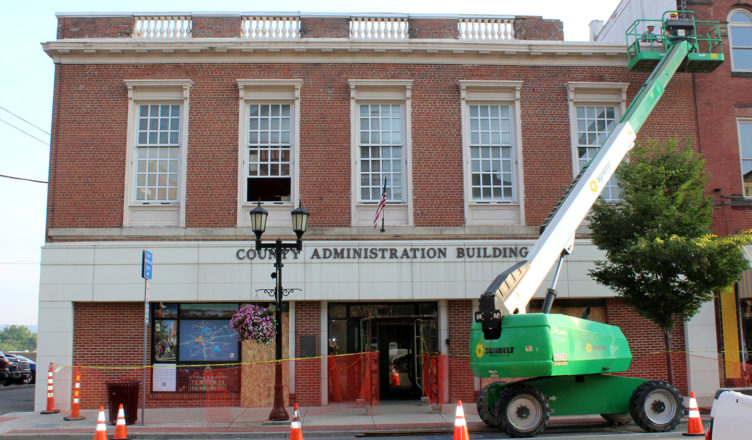 The Guernsey County Commissioners are following suit with their neighbors on the 600-block of Wheeling Avenue by performing some much needed repairs to the County Administration Building.

While there will be some “sprucing-up” in the process, Commission Vice-President Dave Saft is quick to point out that the repairs are primarily for pedestrian safety as well as preservation of the buildings brickwork.

“The brickwork along the roofline at the front of the building was in seriously bad shape,” said Saft. “In all honesty, there was so much mortar missing up top that it was just an accident waiting to happen. Replacement was the only practical option.”

Along with replacing the bricks atop the building, the remainder will be tuck pointed; window trim will be painted; random pieces of protruding steel that supported signage during the building’s retail past will be removed; and the building’s generally weathered façade will be cleaned-up.
Among the Administration Building’s more distinctive architectural features are the five rows of balusters above the buildings five, second-story windows.

“Those balusters are made from concrete,” explained Saft. “They needed replaced but it looked like having replacements that were custom-cast from concrete would be our only option. At 200-bucks a pop, we knew we had to do better.”

“Dave thought there had to be something better than concrete and found a manufacturer that makes balusters nearly identical to ours from what they call ‘synthetic stone’,” said Saft. “They are lighter, more durable and should last for decades.”

This is the first major exterior maintenance project since the former location of Montgomery-Ward, Wilson Furniture and Heilig-Meyers Furniture was reborn as the County Administration Building in 2003. According to Commissioner Skip Gardner, the building was actually constructed in 1938.
Jack Warne Construction, which is responsible for the project, is maintaining access to the building’s main entrance with the installation of a scaffolding canopy for the safety of visitors and county employees. A portion of the sidewalk in front of the building will remain open while work is underway. The project is expected to be completed by mid-August. 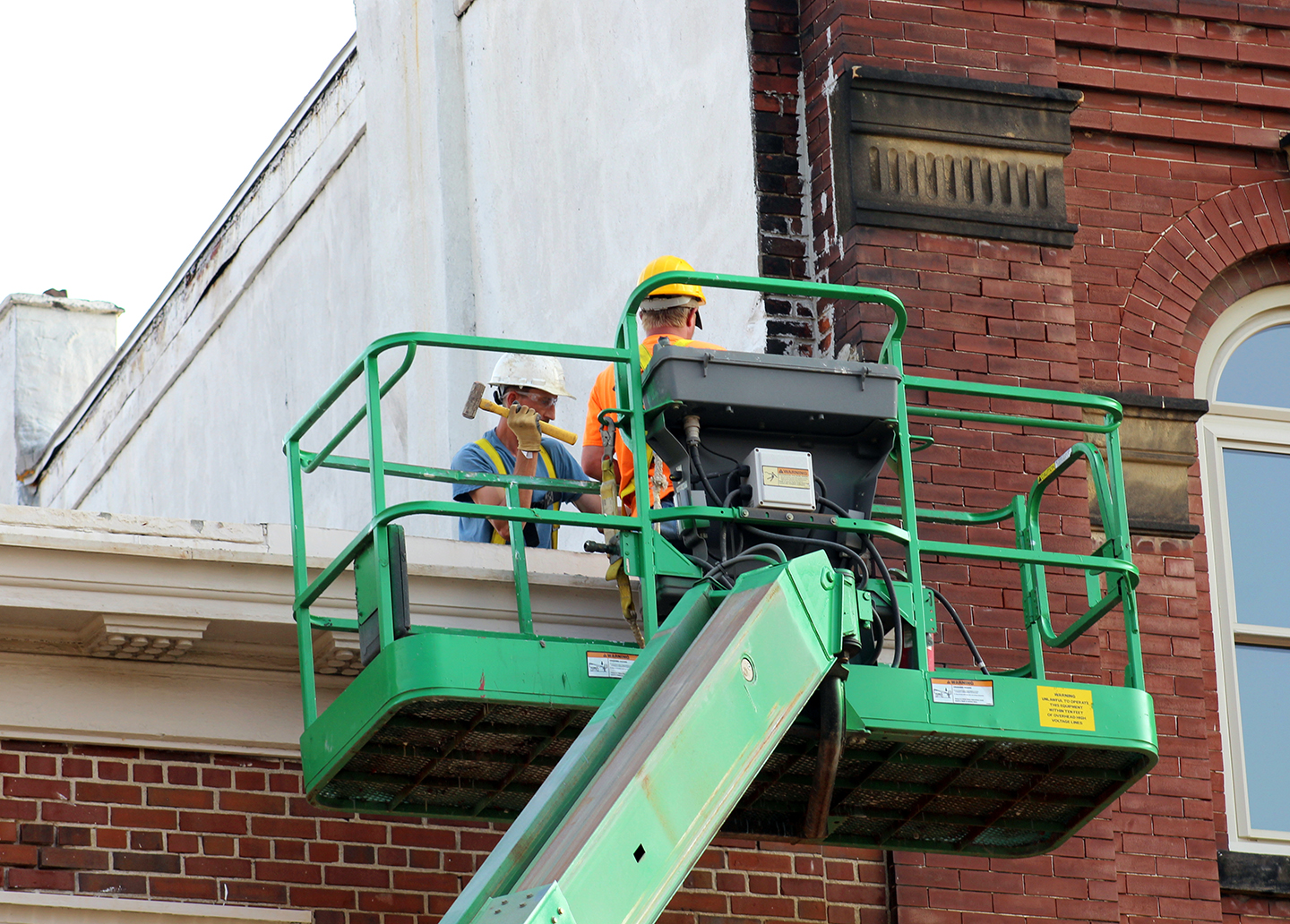 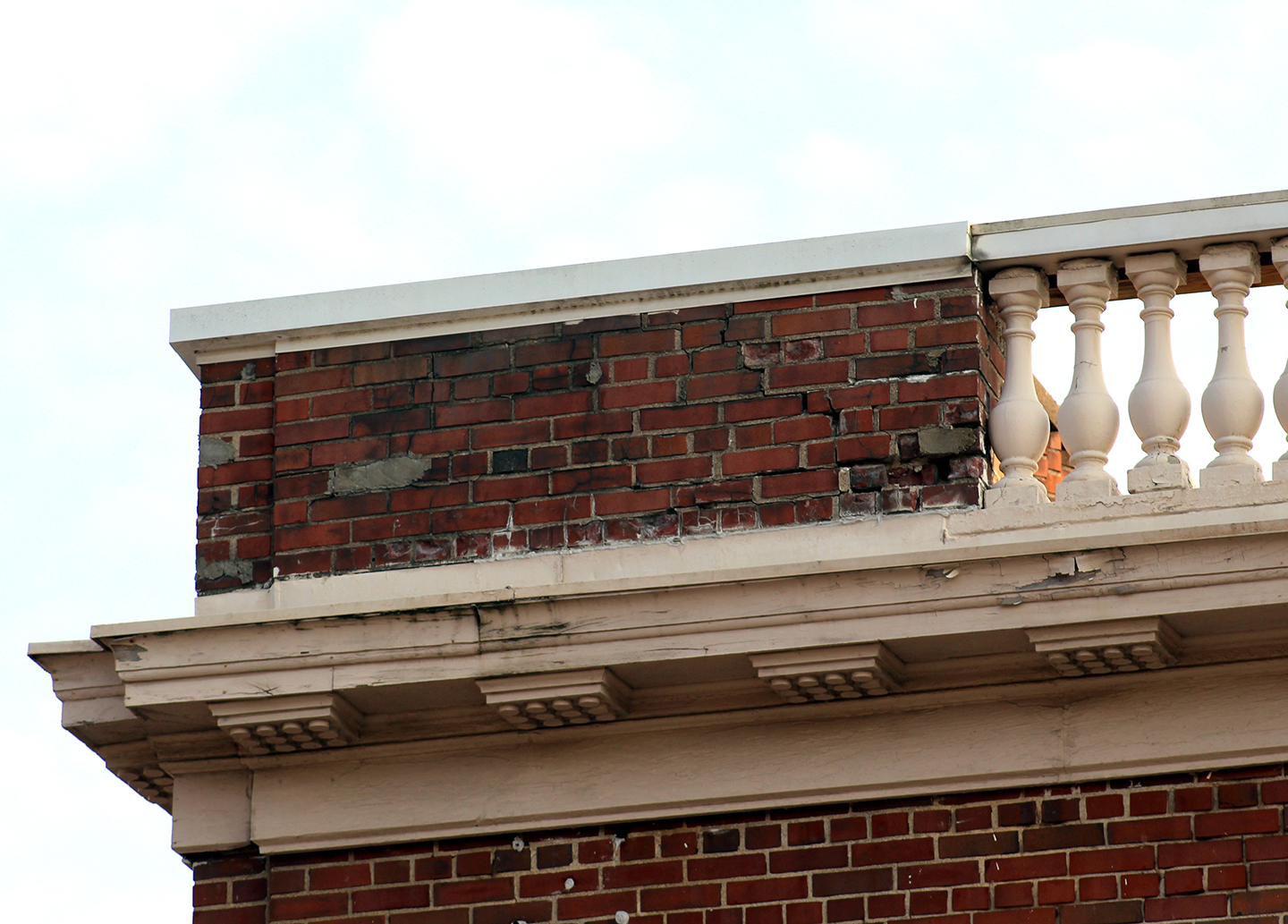 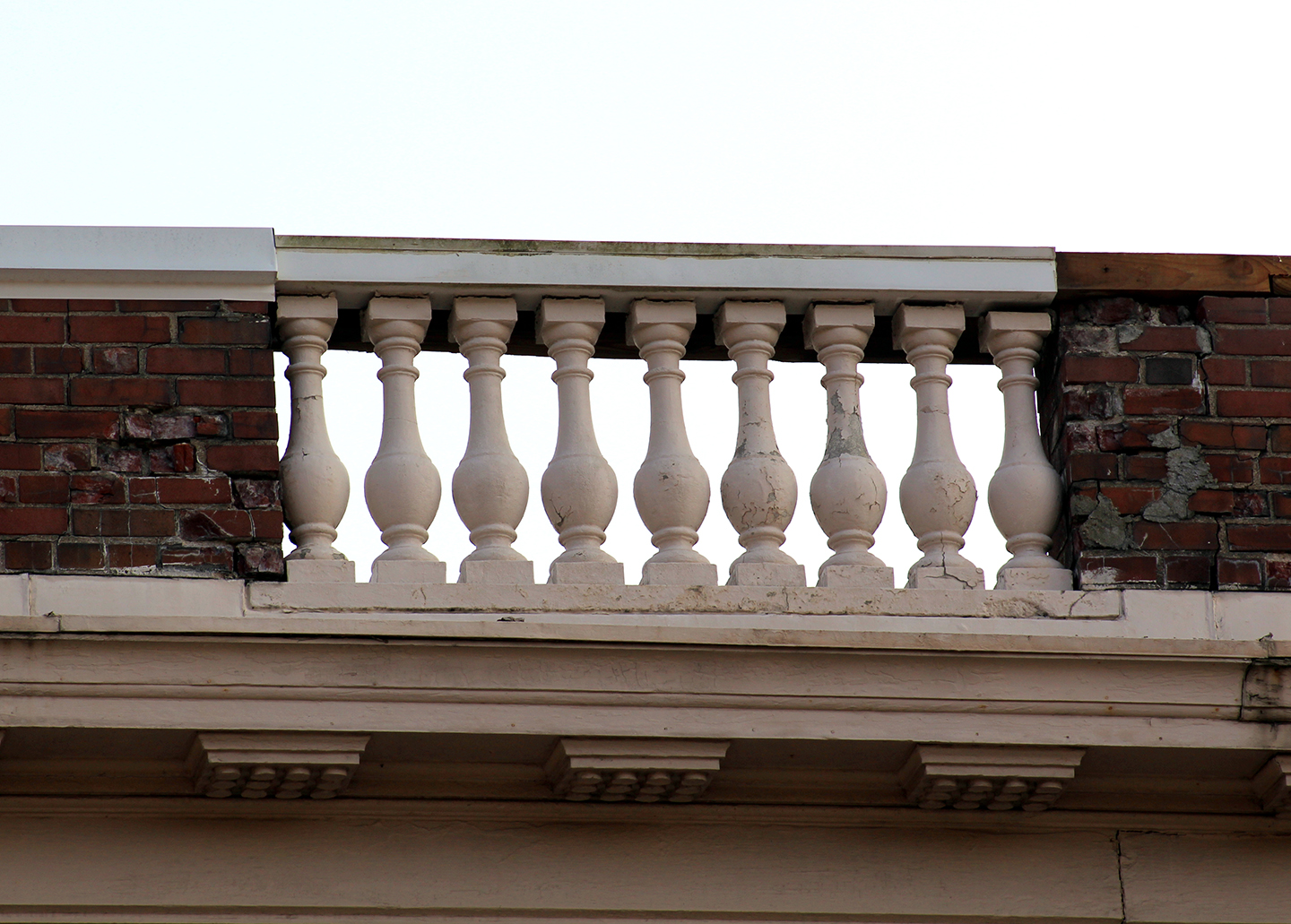 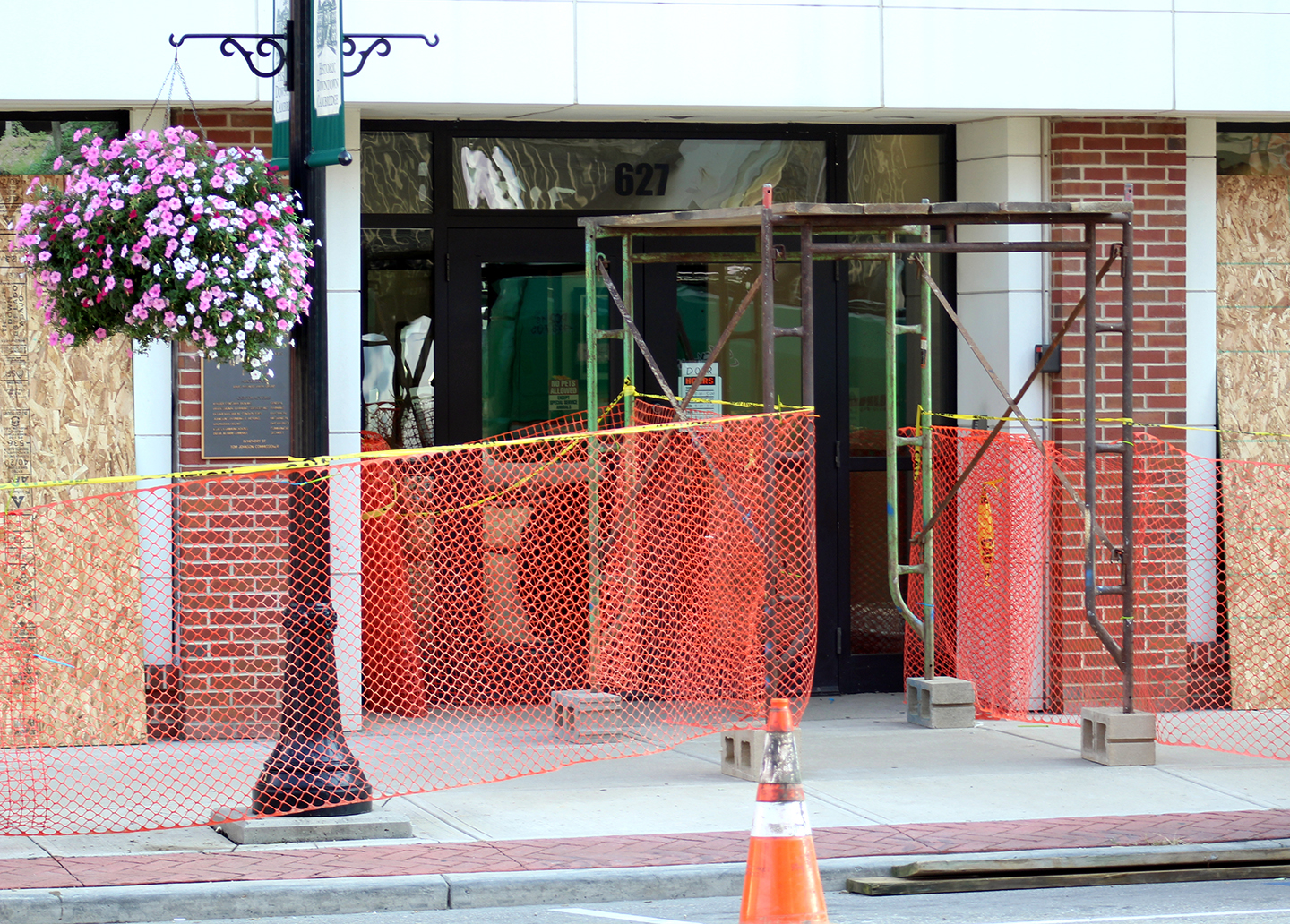 Guernsey County is now part of The Stepping-Up Initiative